IAPA has condemned a legislative draft bill that seeks to oblige privately-owned news media to circulate educational and cultural messages.

This statement was originally published on en.sipiapa.org on 9 March 2017.

The Inter American Press Association (IAPA) today expressed its rejection of a legislative draft bill that seeks to oblige privately-owned news media to circulate educational and cultural messages, saying this is “an interference [with media] content and a violation of news companies’ property rights.”

Draft bill number 465, submitted to the National Assembly by Congressman Noriel Salerno of the Cambio Democrático party, would establish that radio and television media would be required to broadcast at least one educational or cultural message or one on electoral teaching “for each five advertisements” in the advertising sections of their regular programming. Daily newspapers of national circulation would have to include as a minimum two such messages in each issue “in spaces located in sections set aside for advertisements in order to ensure that the messages are noticed by a large number of readers.” The draft bill also contains obligatory requirements for non-daily publications.

IAPA President Matt Sanders expressed alarm at the contents of the bill which he said “although it could have good intentions, it carries with it serious violations with the state meddling in private activities and in the editorial criteria of the media.”

“It is an intrusion on media content and a violation of news companies’ property rights,” declared Sanders, senior editor and general manager of Deseret Digital Media, Salt Lake City, Utah.

The explanation of the reasons for the initiative says that with “the inclusion of positive messages that underscore values” the media would contribute to making children, youths and adults reflect on the importance of putting into practice citizens’ values so that “society travels on the paths of peace, love, respect and tolerance.” The messages would be produced by the media in collaboration with public and private bodies, among them the Education Ministry.

The chairman of the IAPA’s Committee on Freedom of the Press and Information, Roberto Rock, called on members of Congress to reject the bill because “regrettably it has characteristics similar to those encouraged and/or approved in other countries that have had as a starting point a concern of the citizens but they have been turned into mechanisms of censorship and confiscations of the media’s spaces on the part of governments. While the media’s mission is intimately tied to civic education that cannot be imposed by a governmental body, nor be subject to bureaucratic discretion without the risk of turning into a propaganda tool.”

Rock, editor of the online portal La Silla Rota of Mexico City, Mexico, said that gag laws such as that of Ecuador were full of “good intentions” but then in their enactment there appeared all the restrictions, prohibitions and fines that made the government of Rafael Correa one of the most censoring of this age. 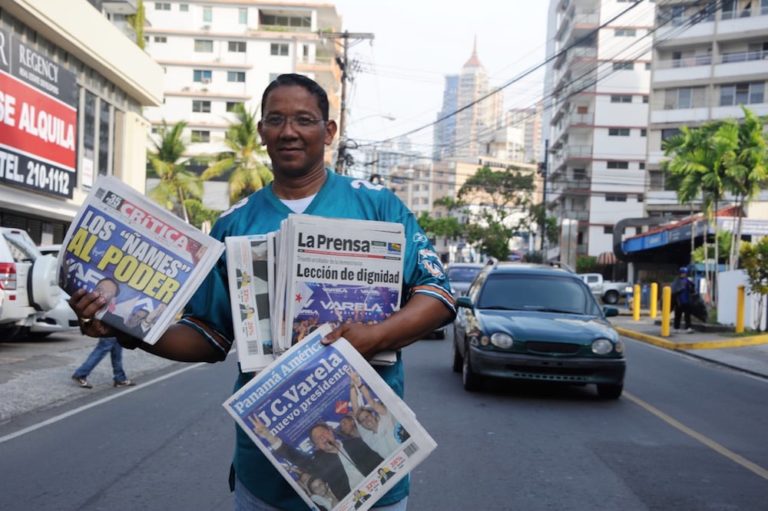 Panamanian authorities should immediately restore Corporación La Prensa’s access to its financial assets, and ensure that legal actions do not censor the press.