Eren Keskin: Speaking out for women’s and minority rights For more than three decades, Eren Keskin, lawyer and advocate for women's and minority rights, has suffered numerous trials, spent time in prison, lived under threat and, twice, attempts on her life. Undeterred, she remains an outspoken, high profile rights campaigner. In 2016 she joined the ranks of hundreds of journalists, writers, and activists on trial in Turkey for their defence of freedom of expression.

In response to the Istanbul Bar Association's disciplinary investigation against her in 2008, Eren Keskin stated: If, as a legal professional institution, you believe that people should be punished for their thoughts, then you can give me whatever punishment you want. But I will continue to express my opinions freely.

For more than three decades, Eren Keskin, lawyer and advocate for women’s and minority rights, has suffered numerous trials, spent time in prison, lived under threat and, twice, attempts on her life. Undeterred, she remains an outspoken, high profile rights campaigner with a possible 10-month prison sentence hanging over her.

Keskin is co-founder of the Legal Aid Project for Women who were Raped or Otherwise Sexually Abused in Custody and for many years a senior member of the Human Rights Association (HRA) in Turkey. Her exposure of human rights abuses by Turkish armed forces and police has meant that she herself has come under acute risk. In 1994, when she was chief executive of the Istanbul office of the HRA, she was shot at. Luckily the bullets missed. In 2001, a man entered her office and shot at her. He was arrested, but released only six months later. The threats against her continue to this day.

Her consistent and outspoken support for women and minorities has also led to Keskin being prosecuted over the years on an array of charges, from insult of the Turkish state for suggesting that armed forces had been perpetrators of sexual violence in the Kurdish southeast, to “incitement to hatred” for having referred to ‘Kurdistan’ in speeches. Mostly, these trials have ended with acquittal, suspended sentences or fines. However, in 1995, she spent several months in prison for “inciting separatism” in an article calling for a cease-fire between the PKK and government forces. She was also banned from practising law for a year in 2002.

In an interview for IFEX in March 2014, Keskin said that there were around ten cases open against her, including under the controversial Penal Code Article 301 that penalises insult to the state and its institutions. She explained, “If you write of the rape of a woman or a child by a policeman, it is regarded as an insult to the state as they are an operative of the state, and then by implication you are insulting the state a whole.” Keskin told of how she continues to receive threats, although fewer than in the past, but that she does not report them, “Because we focus on the problems of others, we don’t focus on our own personal problems. Our work is for other people rather than ourselves.”

In December 2014, Keskin was sentenced to ten months in prison under Article 301 for insult to the state for having said in a speech in 2005 that ‘Turkey has a dirty history’. She was linking the death of a 12-year-old boy who was shot dead alongside his father by police during an anti-PKK operation in 2004 to what she described as a long history of violent oppression by the Turkish state going back to the 1915 Armenian genocide. Police implicated in the killings were eventually acquitted, a decision that led to an outcry among Kurdish activists.

Most recently Erin Keskin has joined the hundreds of journalists in prison and on trial under a series of crackdowns following a failed coup in July 2016. A few months earlier, in March 2016, she was banned from travelling under Turkey’s Anti-Terror Law for her work for Özgür Gündem, a newspaper that covers Kurdish issues and which has for many years been subject to closures and court cases. In May 2016, as attacks on the publication escalated, the Editor-in-Chief-on-Watch campaign was launched under which writers, journalists, lawyers, activists and others took turns as volunteer editor for a day in an act of solidarity. The campaign ended with the forced closure of the newspaper in August 2016 under a state of emergency enforced after the coup attempt.

Just prior to the closure, the Özgür Gündem offices and Keskin’s home were raided by police, and 23 members of staff were briefly detained. Thirty-eight of the 56 people who had acted as volunteer co-editors were put on trial accused of aiding terrorism for taking part in the campaign. Keskin was one of the accused.

Keskin is also on trial for her earlier work for Özgür Gündem. In January 2016, hearings against her and Reyhan Çapan, the newspaper’s editor, were opened on charges under Article 301. They are accused of insulting security services in an article implicating the armed forces in the killing of a youth during conflicts in Mardin, south east Turkey in November 2015. Another court case is under way for ‘insult’ to President Erdoğan and aiding terrorism because of an article published in September 2015 entitled The palace has gone mad that criticised the President’s abandonment of peace talks and that lead to a sharp increase in deaths of civilians as the conflict resumed.

Despite all, Keskin remains defiant. In July 2017 she was among a group of human rights defenders who gathered outside an Istanbul court house in solidarity with ten other advocates who had been arrested a few days earlier.

Keskin was awarded the Aachen Peace Prize in 2004, followed by the Theodor Haecken Prize in 2005. In November 2013, Eren Keskin featured in IFEX’s International Day to End Impunity campaign.

On 30 March 2018, Keskin was sentenced to 7.5 years in jail for having published articles in Özgür Gündem that “degraded” the Turkish nation and “insulted” President Erdogan. She appealed the sentence and is currently under a travel ban.

On 21 May 2019, Keskin was again convicted on charges related to articles published in Özgür Gündem when she was the co-editor-in-chief. On this occasion she was found guilty of “propagandising for a terrorist organisation” and was sentenced to 3 years and 9 months in prison.

Keskin’s home was raided by the police on the night of 22 October 2019; she was not at home, but was deposed the following day at court. She was reportedly accused of “propagandizing for a terrorist organisation” on social media.]

In January 2020, in another trial connected to Özgür Gündem , Keskin faced charges of “membership of a terrorist organisation”. Prosecutors demanded that she serve 15 years in prison.

According to Keskin, she has had 143 criminal cases filed against her. 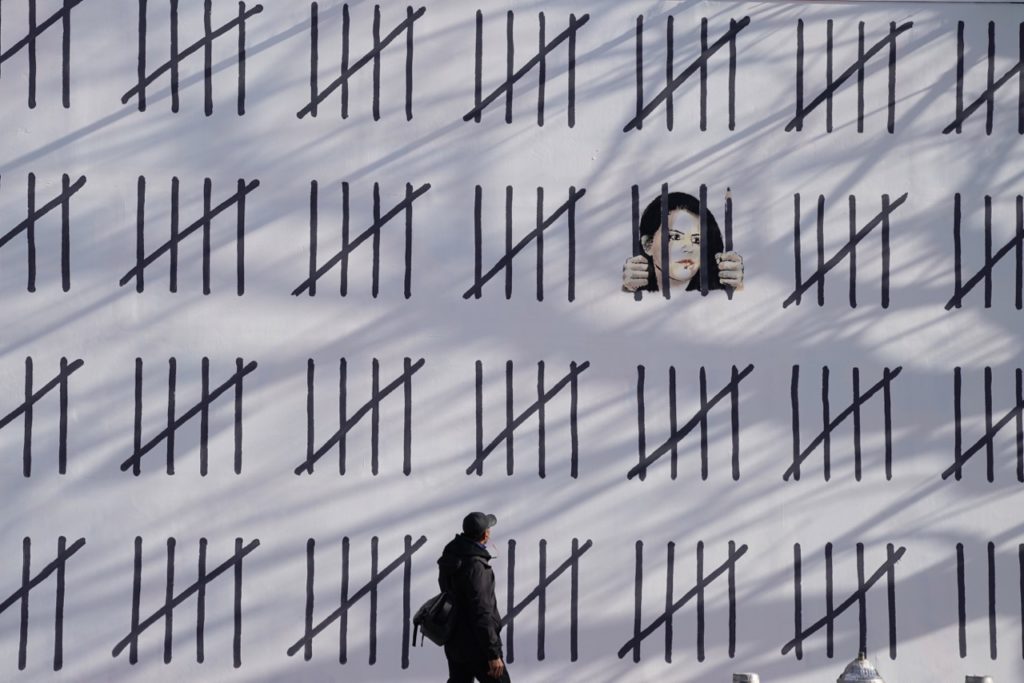