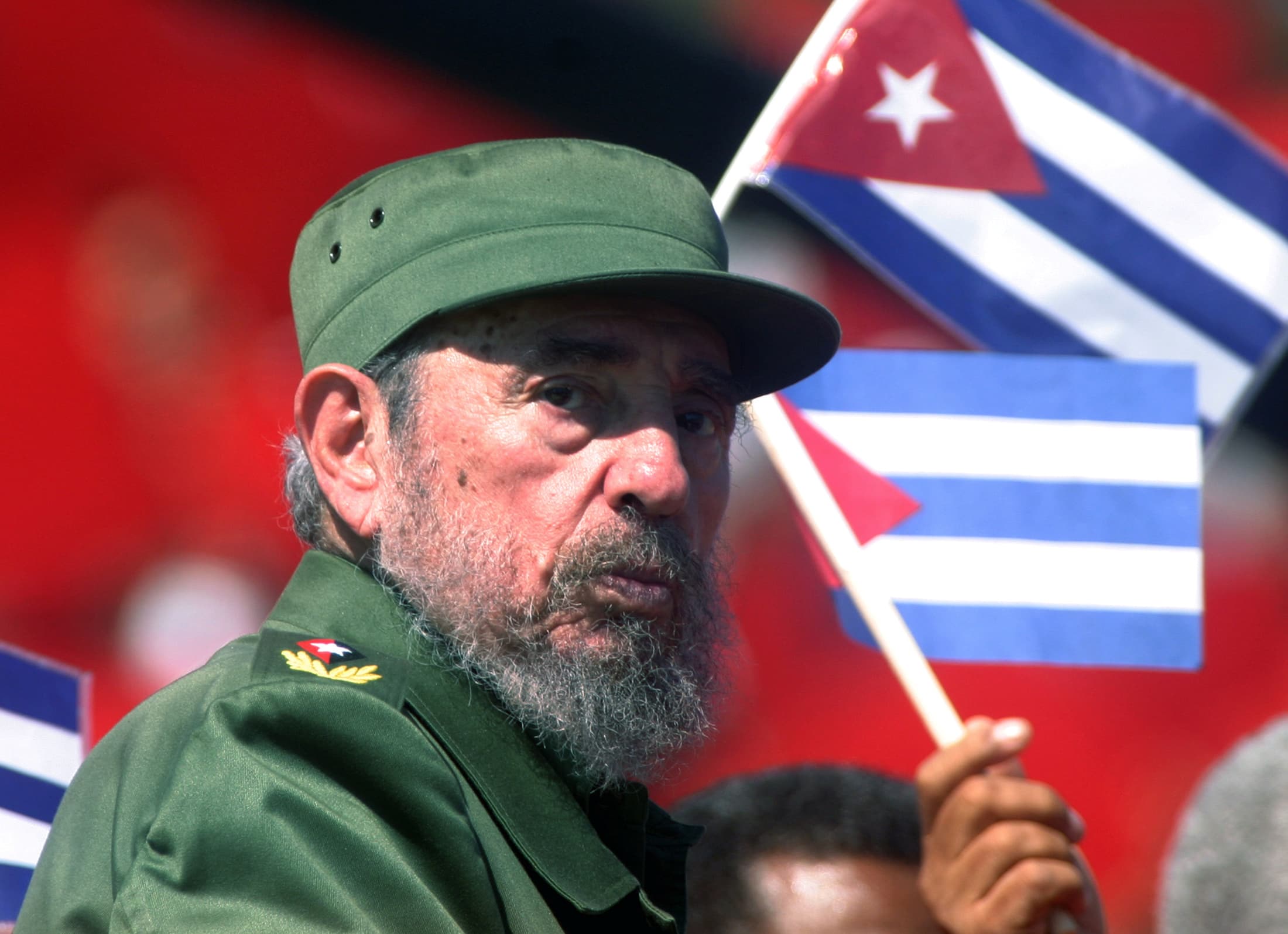 Then Cuban President Fidel Castro glances over his shoulder during the May Day commemoration in 2004, REUTERS/Rafael Perez/Files

This statement was originally published on hrw.org on 26 November 2016.

During his nearly five decades of rule in Cuba, Fidel Castro built a repressive system that punished virtually all forms of dissent, a dark legacy that lives on even after his death, Human Rights Watch said today.

During Castro’s rule, thousands of Cubans were incarcerated in abysmal prisons, thousands more were harassed and intimidated, and entire generations were denied basic political freedoms. Cuba made improvements in health and education, though many of these gains were undermined by extended periods of economic hardship and by repressive policies.

“As other countries in the region turned away from authoritarian rule, only Fidel Castro’s Cuba continued to repress virtually all civil and political rights,” said José Miguel Vivanco, Americas director at Human Rights Watch. “Castro’s draconian rule and the harsh punishments he meted out to dissidents kept his repressive system rooted firmly in place for decades.”

The repression was codified in law and enforced by security forces, groups of civilian sympathizers tied to the state, and a judiciary that lacked independence. Such abusive practices generated a pervasive climate of fear in Cuba, which hindered the exercise of fundamental rights, and pressured Cubans to show their allegiance to the state while discouraging criticism.

Many of the abusive tactics developed during his time in power – including surveillance, beatings, arbitrary detention, and public acts of repudiation – are still used by the Cuban government.

Castro came to power in 1959 after leading a revolution that toppled the corrupt and abusive government of Fulgencio Batista. He ruled by decree until 1976, when a new constitution – whose drafting he oversaw – reformed the structure of the government. From that time until he transferred power to his brother Raúl in July 2006, Fidel Castro held all three of the most powerful positions in Cuba’s government: president of the Council of State, president of the Council of Ministers, and first secretary of the Cuban Communist Party. Fidel Castro did not officially relinquish his title as president of the councils of state and ministers until February 2008, and stepped down as first secretary on April 19, 2011.

Cuba made important advances under Castro in the progressive realization of some economic, social, and cultural rights such as education and healthcare. For example, UNESCO has concluded that there is near-universal literacy on the island and UNICEF has projected that the country is on track to achieve most of the Millennium Development Goals.

The progress on economic, social, and cultural rights was never matched in terms of respect for civil and political rights. The denial of fundamental freedoms throughout Castro’s decades in power was unrelenting, and marked by periods of heightened repression, such as the 2003 crackdown on 75 human rights defenders, journalists, trade unionists, and other critics of the government. Accused of being “mercenaries” of the United States government, the individuals were summarily tried in closed hearings. Many served years in inhumane prisons, where they were subjected to extended solitary confinement and beatings, and denied basic medical care for serious ailments. More than 50 of the remaining prisoners were released after Fidel Castro handed over power to his brother, most on the condition that they accept exile to Spain.

Under Fidel Castro, the Cuban government refused to recognize the legitimacy of Cuban human rights organizations, alternative political parties, independent labor unions, or a free press. He also denied international monitors such as the International Committee of the Red Cross and international nongovernmental organizations like Human Rights Watch access to the island to investigate human rights conditions.

Efforts by the US government during Castro’s rule to press for change in Cuba repeatedly failed. In the 1960s, those efforts took the form of covert military action to unseat Castro, including the failed Bay of Pigs invasion, and multiple botched assassination attempts. President Dwight Eisenhower established the embargo in 1960, which was later expanded by President John F Kennedy and eventually locked in place by the 1996 Cuban Liberty and Democratic Solidarity Act. Also known as “Helms-Burton,” the law prohibits the US president from lifting trade restrictions until Cuba has legalized political activity and made a commitment to free and fair elections. It also prohibits lifting the embargo as long as Fidel or Raúl Castro remains in office.

The embargo imposed indiscriminate hardship on the Cuban population as a whole, and has done nothing to improve the situation of human rights in Cuba. Rather than isolating Cuba, the policy isolated the US. Castro proved especially adept at using the embargo to garner sympathy abroad, while at the same time exploiting it as a pretext to repress legitimate efforts to reform Cuba from within, dismissing them as US-driven and -funded initiatives.

In December 2014, President Barack Obama began a long-overdue shift in US policy, announcing that the US would normalize diplomatic relations with Cuba and ease restrictions on travel and commerce, calling on Congress to consider lifting the embargo. In exchange, the government of Raúl Castro granted conditional release to the 53 political prisoners that it had been holding for between two months and two years.

Nevertheless, the Orwellian laws that allowed their imprisonment – and the imprisonment of thousands before them – remain on the books, and the Cuban government continues to repress individuals and groups who criticize the government or call for basic human rights. Arbitrary arrests and short-term detention routinely prevent human rights defenders, independent journalists, and others from gathering or moving freely. Detention is often used pre-emptively to prevent people from participating in peaceful marches or political meetings.

The two governments restored diplomatic relations in July 2015. In March, President Obama visited Cuba, where he met with President Raúl Castro, as well as with representatives of Cuban civil society. Obama gave a nationally televised address and joint press conference with Castro in which he urged the Cuban government to lift restrictions on political freedoms and reiterated his call for the US Congress to end the economic embargo of the island.

“For decades, Fidel Castro was the chief beneficiary of a misguided US policy that allowed him to play the victim and discouraged other governments from condemning his repressive policies,” Vivanco said. “While the embargo remains in place, the Obama administration’s policy of engagement has changed the equation, depriving the Cuban government of its main pretext for repressing dissent on the island.” In the two months since historic mass demonstrations swept through Cuba on July 11, drawing national and international attention to the island’s deteriorating sociopolitical conditions, there have been at least 39 documented arrests of artists related to the protests, four of whom were subjected to trial without a jury. The Committee to Protect Journalists condemned the enactment of new telecommunications regulations in Cuba that will further censor information on the island, and called for their immediate repeal. One month after the massive protests in Cuba on July 11, we as human rights organizations reiterate our concern over the government’s repressive response. This response has resulted in serious human rights violations against protestors and further polarization among different segments of the population. It has also made dialogue and openness to listening to and addressing social demands impossible once again.