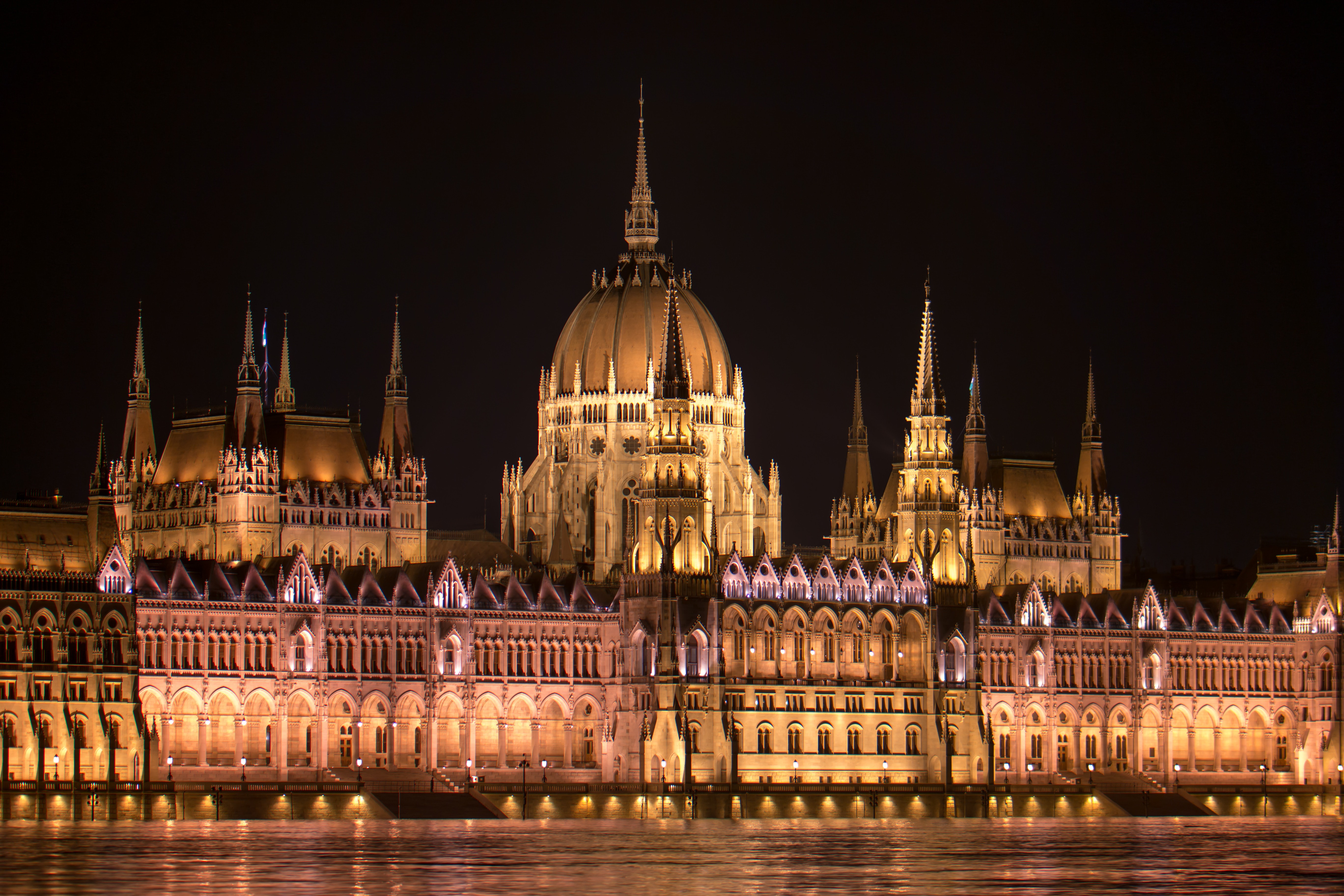 A view of the illuminated Hungarian Parliament at night in Budapest, Hungary, 17 June 2013., Alexander Kmeth/picture-alliance/dpa/AP Images

In this latest attack on civil liberties in Hungary, a new law makes it a crime to create a video that harms another’s dignity – including the dignity of the state – even if nobody ever sees it.

The Hungarian Civil Liberties Union (HCLU, or “TASZ” in Hungarian) has criticized a new law, enacted by the Hungarian Parliament on 5 November, because it further restricts freedom of speech and freedom of the press. The new law punishes by up to three years in prison the creation and distribution of video or voice recordings made for the purpose of harming another person’s dignity.

In Hungary, just as in every country since the dawn of Internet-based social media, mock or modified video and voice recordings, re-mixed or voice-over satiric clips have become not just popular but an essential part of political expression, especially during electoral campaigns. These forms of representation, even if they would mislead no one and constitute the most basic expression of a political point of view, are now criminalized in Hungary.

The new law takes the unusual step of punishing the mere making of a false video or voice recording, even if the recording is seen or heard by no one else. Therefore, the persons who prepare or modify such recordings just for their own entertainment in the privacy of their own home risk a criminal procedure and jail time of up to one year. If the false recording is shown to even one other person, the punishment for both maker and distributor increases to two years. If the false recording is shown more widely (and the law sets no objective criteria for what is a wide distribution), then both the makers of the video and those who distribute it risk up to three years in jail. The bill amended the provisions of the Criminal Code (CC) for the purposes of the protection of human dignity and the preclusion of falsifying evidence.

While the punishment of false recordings is limited to those that are made for the purposes of harming the dignity of another, the concept of protected dignity has recently been expanded through the Fourth Amendment to the constitution, passed in March 2013. Now, the constitution permits the punishment of statements that harm the dignity of others, including statements that violate “the dignity of the Hungarian nation or of any national, ethnic, racial or religious community.” HCLU, the Venice Commission and the European Parliament have all condemned the expansion of the idea of protected dignity to include dignity of the Hungarian nation.

The amendment of the CC was accepted in an “extraordinary procedure”. The time between the introduction of the draft bill and the final vote of Parliament was less than two weeks. There was therefore no serious public discussion or even a full parliamentary debate of the law before it was passed.

The bill was presented as an “inevitable legislative reply” to the publication of a video obtained by hvg.hu, a popular weekly’s web-based version. The video was presented as secretly taken, and allegedly depicted a vote-buying scene in rural Hungary, committed in favor of the ruling party Fidesz. It was soon shown to have been a staged enactment, even though there were credible allegations of vote-buying that may have in fact occurred during the by-election in question. The executive editor of hvg admitted fault and resigned. So did the communications director of the main opposition Socialist party, through whose hands the video passed on the way to the hvg editor. The actual origin of the video remains unknown.

The HCLU is of the opinion that the civil law remedies destined to compensate the victims of defamation were already sufficient before the introduction of new criminal sanctions. The possibility of lodging a criminal procedure is not simply an unnecessary burden for the courts but importantly exerts a chilling effect on those who wish to express critical views, particularly of public officials and political events.

The entire Hungarian media regulation landscape had grown increasingly restrictive even before the newly defined “crime”. The infamous media laws enacted in 2010 and 2011 were widely criticized by domestic and international bodies and NGOs. However, a wave of defamation and “hooliganism” procedures have since been initiated against journalists and others expressing critical political opinions. For example, during an anti-government rally on 29 September a paper sculpture of the prime minister was pulled down. Another case involved the mounting of a political banner on a pillar of Budapest’s Chain Bridge on 24 October. After each of these acts of symbolic political speech, the police initiated hooliganism procedures. A historian who described the far-right Jobbik political party as “neo-fascist” was found guilty of breach of good repute by a first instance court in March. People who have criticized public officials have been sued and, even though not all of the suits have resulted in fines, harassment through litigation in an increasingly repressive political climate sends a chilling message to those who would otherwise criticize the government and the members of the governing party.

Free speech by opposing voices is also restricted inside the Parliament, since the amended parliamentary rules empower the Speaker of the House to sanction speeches or conduct by the MPs deemed “injurious or indecent”. Sanctions may include withdrawal of the right to speak, expulsion from the chamber of the House or a fine of up to one month’s salary. Fines have been levied in many cases in which opposition MPs were articulating their criticism of the Government.

These components contribute to a self-censoring environment for the media and public debate that is alarming in light of the upcoming 2014 elections.

More on this topic is available on HCLU’s webpage: http://tasz.hu/files/tasz/imce/ragalmazas-szigoritas_tasz-velemeny_eng.pdf