Objectionable speech: New report on the state of online free expression in Lebanon Women draped in the Lebanese national flag use their cell phones during a protest against tax increases and official corruption, in Zouk Mosbeh, north of the capital Beirut, 22 October 2019, JOSEPH EID/AFP via Getty Images

This statement was originally published on smex.org on 26 November 2019.

Over the past four years, Lebanon has witnessed a crackdown against freedom of expression online. The state has penalized citizens, journalists, and civil society representatives who criticize government officials or mock religious figures, worsening the overall environment for free speech online. In our newest report, “Analyzing Freedom of Expression Online in Lebanon in 2018,” we demonstrate how the court, authorities, and powerful public figures continue to restrict the right to free expression in Lebanon.

The state uses articles in the Penal Code, Military Justice Code, and Publications Law to silence criticism of politicians, challenges to private sector projects detrimental to public good, and satirical posts about religious figures. In 2018, the General Prosecutor filed most of the complaints about speech on Facebook as well as on news sites, Twitter, WhatsApp. This year, authorities have also prosecuted speech on Instagram.

The courts have failed to establish a stable jurisprudence concerning freedom of expression online. As per the Publications Law, journalists should be tried in the Publications Court. However, Single Criminal Judges have tried a number of journalists and non-journalists. In select cases, other courts, including the military courts, have handled cases involving freedom of expression online. The Publications Court provides more protections to defendants, while the Single Criminal Judges and other courts expose them to harsher penalties, fostering an environment of self-censorship.

More concerning than the courts’ activities are the detention of defendants by non-judicial bodies – including the Cybercrime and Intellectual Property Bureau, the Army Intelligence Directorate, the State Security Directorate, the Criminal Investigations Department, and the General Directorate of General Security – both at the request of the public prosecutor and on their own accord. In 2018, SMEX documented 25 detentions in which security agencies played a role, out of a total of 36 cases related to freedom of expression online. The detentions often occur without the presence of the lawyer, last long periods of time, and occasionally turn violent. 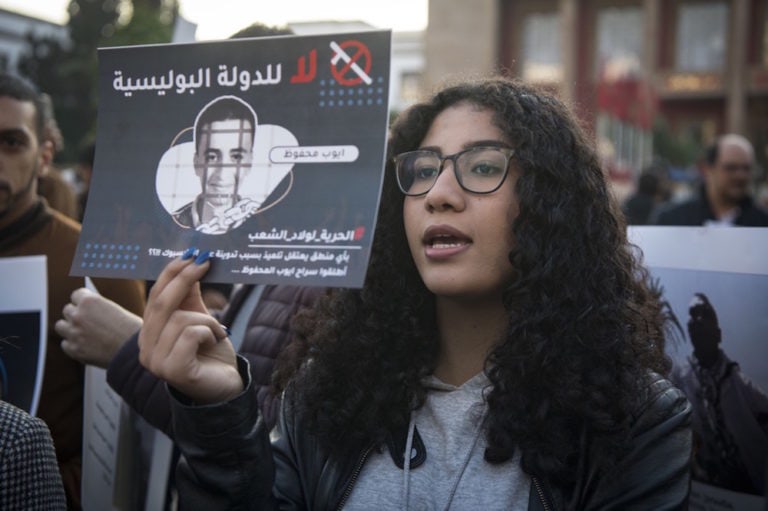