Members of the media watch the televised press conference of US President Donald Trump and Israeli Prime Minister Benjamin Netanyahu in the West Bank city of Ramallah, 28 January 2020, ABBAS MOMANI/AFP via Getty Images

According to new research from The Arab Center for the Advancement of Social Media (7amleh), at least 72% of Palestinians say they have been exposed to misleading news and identified Israeli authorities as a main source of misinformation.

This statement was originally published on 7amleh.org on 8 September 2020.

In response to the increasing phenomena of fake news in Palestine and worldwide, which increased during the coronavirus pandemic, 7amleh – The Arab Center for the Advancement of Social Media and Saleh Mashareqa, a lecturer in the Media Department at Birzeit University’s Media Development Center, conducted a research study entitled “Fake News in Palestine: Exploratory Research into Content, Channels and Responses.” This is the first study on fake news and Palestinians published to date. It indicated that the majority of Palestinians (72%) have been exposed to misleading news.

“Fake News in Palestine” provides a practical linguistic framework for the concept of fake news including the different types of fake news. The research included: (1) three focus groups with Palestinians in the West Bank, Gaza and Israel, (2) a survey with 515 respondents, and (3) interviews with five media experts and representatives of monitoring organizations for detecting fake news. The research analyses the respondents’ opinions on the main sources and prevalence of fake news in traditional and digital media; circumstances that allow fake news to thrive; political, economic, and social circumstances that are affected by fake news; and it discusses measures to combat fake news.

According to the survey, 72% of Palestinians have been exposed to fake news. Survey participants identified the Israeli authorities as the main source of fake news with 54%, followed by the media with 39%, activists with 32%, and the Palestinian Authority with 29%. Furthermore, the research highlighted how during periods of crisis, such as the coronavirus pandemic one witnesses an increase in fake news, with 70% of respondents identifying this – while 58% of participants stated an increase during Israeli attacks on Palestinians and hostilities, the Palestinian division with 50%, political campaigning with 41%, economic crisis with 38%, marketing campaigns with 34%, and 22% identify the economic recovery as a period of heightened fake-news.

“Fake News in Palestine” also provided recommendations for how individuals and the Palestinian society should respond to fake news. This includes developing the capacity of civil society to professionally verify and monitor social media, including media literacy in fake news in Palestinian education, and avoiding legislative responses, which tend to criminalize freedom of expression and not adequately respond to fake news. Furthermore, the research recommends that more in-depth research into this phenomenon is required.

Saleh Mashareqa, the researcher, stated, “The results of the research on misleading news require action to combat it through self-regulation, codes of conduct on social media, media education for users on verification, conducting research on the “post-truth” stage, and strengthening the work of information verification observatories.”

Nadim Nashif, Executive Director of 7amleh, stated, “Understanding the phenomena of fake news in Palestine will be integrated into the work of 7amleh’s advocacy and capacity building programs, to help 7amleh respond to the needs of the Palestinian public during the time of the coronavirus pandemic and in the future.” 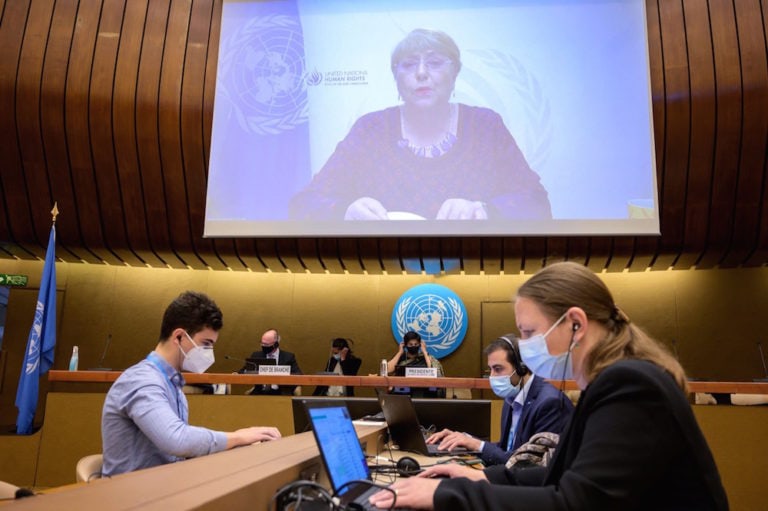 In a historic resolution that follows years of work by Palestinians and human rights defenders around the world, the right’s body moves to investigate Israel’s grave human rights violations against Palestinians on both sides of the Green Line. The Palestinian Center for Development and Media Freedoms (MADA) condemns Israel’s targeting of journalists and media outlets in Gaza, warning that impunity has provided incentive for crimes committed against Palestinian media.