A piece of graffiti depicting the founder of Facebook, Mark Zuckerberg, on the controversial Israeli wall separating the West Bank town of Bethlehem from Jerusalem, 15 October 2017, THOMAS COEX/AFP via Getty Images

In its latest "Index of Racism and Incitement on Israeli Social Media", the Arab Center for the Advancement of Social Media (7amleh) found an 8% increase in online hate speech directed at Palestinians and Arabs compared to 2020.

This statement was originally published on 7amleh.org on 17 January 2022. 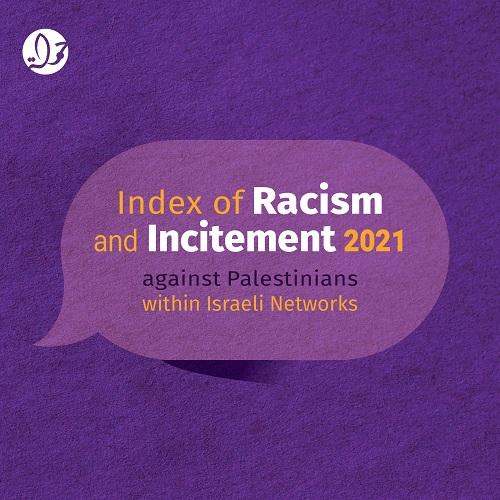 The 2021 index showed an increase in incitement by 3 times since 2020. Violence speech against Palestinians, Arabs and their representatives further intensified, constituting 11% of overall speech online – an unprecedented rate since 2017. The peak of violent speech was recorded in March 2021, during Israeli elections, and April-May, during the May Uprising and Israeli aggression on the Gaza Strip. Twitter was reported as the most utilised tool to share hate speech and incitement, with 58% of violent speech hosted on the platform. Facebook on the other hand hosted around 19%.

Nadim Nashif, Director of 7amleh, commented about the index: “Social media platforms in the May Uprising reflected what was happening on the ground, as hate speech notably increased during the uprising. Social media was also used as a tool to organise violent and inciting attacks against Palestinians and Arabs, with its impact exceeding the digital realm into the real world.”

The Racism and Incitement Index on Israeli Social Media Networks is an annual report released by 7amleh, that monitors the overlap in the use of racist and violent expressions against Arabs and Palestinians during the year.

If you come across incitement on social media, report to 7or on: 7or.7amleh.org 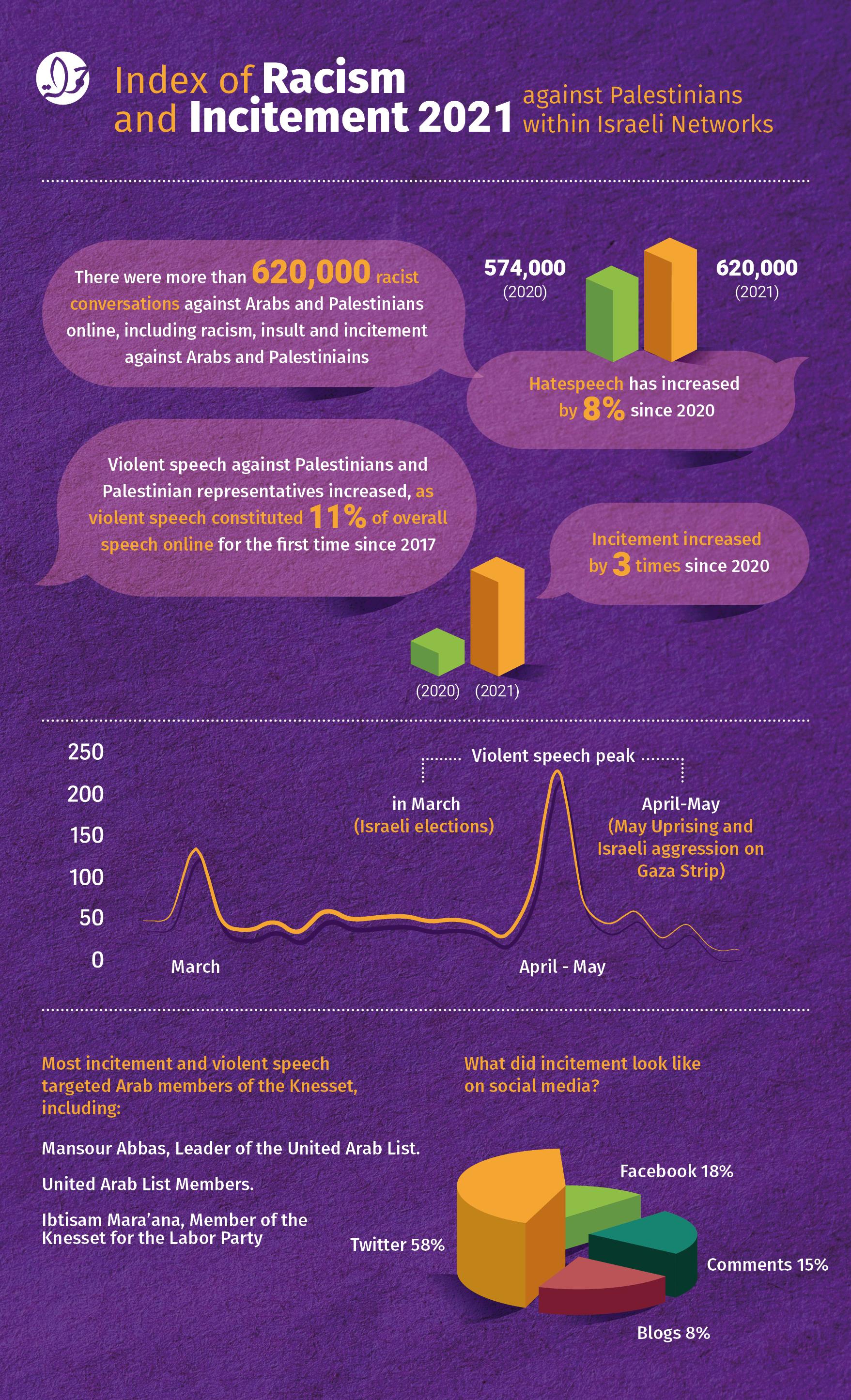 The use of surveillance practices must stop, perpetrators must be held accountable, and victims including Palestinian-French human rights defender Salah Hammouri must receive justice, says the Palestinian Digital Rights Coalition (PDRC).