The Great Synagogue and a sculpture entitled The Tree of Life, on Dohany Street, in Budapest, Hungary, 28 April 2007, Promnitz/ullstein bild via Getty Images

The delegation will meet with writers and civil society leaders to highlight the government's attacks on NGOs, the press and its use of xenophobic language.

This statement was originally published on pen-international.org on 26 April 2018.

A high-level PEN International delegation is in Hungary today amid serious concerns about the deteriorating environment for free expression, press and academic freedom, and civil society in the country. The mission, led by PEN International President Jennifer Clement, will also highlight the damaging impact of Prime Minister Viktor Orbán’s xenophobic and anti-migrant rhetoric, which reached fever-pitch during the recent election campaign.

“At PEN International, our Charter compels us to promote ‘good understanding and mutual respect between nations and people’ and to do our ‘utmost to dispel all hatreds and to champion the ideal of one humanity living in peace and equality in one world’. We believe this responsibility goes hand-in-hand with our mission to support freedom of expression in all its forms,” said Jennifer Clement, PEN International president.

In recent years, there has also a been distinct increase in homophobic, sexist, and racist rhetoric by Orbán’s government, most recently in the 2018 General Election, in which he identified migration as a key threat to Hungary. These repeated statements by Orbán and other members of his Fidesz party, as well as other right-wing parties, not only marred the election campaign, but have also contributed to a climate of open racism in the country.

“Viktor Orbán’s racist and xenophobic rhetoric is dangerous and belongs in the past. We have come to Hungary to stand in solidarity with the writers, journalists, academics and civil society organisations, whose work is more important now than ever before,” said Kätlin Kaldmaa, President of Estonian PEN & PEN International Secretary.

A concerted campaign by the Hungarian authorities to repress and silence NGOs and civil society actors is a further serious concern. An NGO Law passed in June 2017 forced NGOs to re-register with the authorities if they received more than 24,000 Euros in funding from outside Hungary. A further package of legislation was announced in February this year to penalize NGOs working on migration issues. Earlier this month, the pro-government magazine Figyelo published a list of individuals and organisations that it claims are opponents of the regime. Among them were, journalists, leading NGOs and academics from the Central European University. Academic freedom has also been compromised by amendments made to the National Act on Higher Education last year which represent a clear attack on foreign funded academic institutions.

In addition, over the last eight years, amendments to the way the public service broadcaster works and a concentration of media outlet ownership in the hands of businessmen close to Orbán have led to extreme polarisation in the media and pro-government media bias in centralized news coverage.

PEN International has repeatedly expressed alarm at the shrinking space for independent press, civil society and the hateful rhetoric and xenophobic speeches made by President Victor Orbán and other members of his party.

The delegation will meet with writers, publishers and civil society actors engaged in promoting literature and free expression and dispelling hate.

PEN International calls on Hungary to:

– Investigate and prosecute all racist, xenophobic and anti-Semitic crimes that amount to advocacy of incitement to violence and to end all attacks against dissenting voices;
– Stop targeting independent civil society groups and instead publicly recognize the value of such groups in promoting and protecting an open, transparent and tolerant society;
– End the promotion of anti-migrant and xenophobic ideology and instead, take all possible measures to combat xenophobia and anti-refugee sentiment
– Repeal all laws that discriminate against or target foreign-funded NGOs.

Links to recent resolutions and statements by PEN International on Hungary: 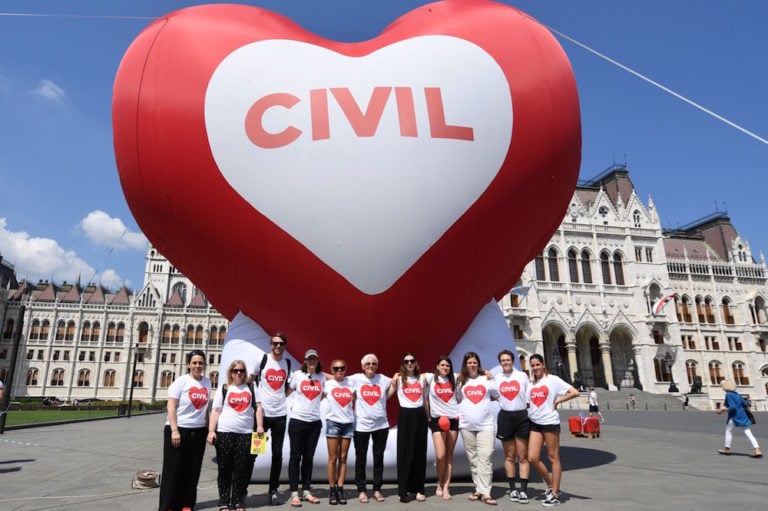