A “Vedomosti” photographer at work during the COVID-19 pandemic, in a deserted Red Square, Moscow, Russia, 12 April 2020, Sergei SavostyanovTASS via Getty Images

"During the coronavirus pandemic the country’s media regulator has issued dozens of take down and correction orders and threatened to block news websites over coverage, while one journalist is under criminal investigation as a result of an article she published."

This statement was originally published on ipi.media on 25 June 2020.

Journalists in Russia reporting on the authorities’ handling of the Covid-19 pandemic are facing continued fines and investigations stemming from new laws on “fake news”, intensifying an already hostile landscape for critical and independent media.

During the coronavirus pandemic the country’s media regulator has issued dozens of take down and correction orders and threatened to block news websites over coverage, while one journalist is under criminal investigation as a result of an article she published.

In the background meanwhile, the stepping down of five deputy chief editors at a leading business daily has raised concerns over creeping pro-Kremlin censorship, while serious allegations have been made about a plot by the leader of the Russian republic of Chechnya to assassinate a Georgian TV host.

On June 22, a court fined the Echo of Moscow radio station 260,000 rubles (€3,340) for allegedly “disseminating knowingly false information that posed a threat to human health”. The editor-in-chief of the radio station’s website, Vitaly Ruvinsky, was fined 60,000 rubles (€770).

The accusations stem from an interview the station published with a political analyst who cast doubt on the reliability of the Russian government’s official coronavirus statistics. The outlet plans to appeal the decision.

In a similar situation earlier this month, a court fined Timur Almaev, chief editor of news website ProUfu, 60,000 rubles (€770) for “spreading false news” over an article claiming that a thousand graves had been dug for potential Covid-19 fatalities.

Almaev criticized the fine and said the information about the graves had come directly from a local press secretary. After first giving the information, the next day the local administration then posted on its website stating that the information published was incorrect. Almaev has appealed the fine.

IPI previously documented how new laws on “fake news” have been used to block, censor and fine media reporting critically on the Covid-19 situation in Russia, which has recorded more than 600,000 cases, according to the World Health Organization (WHO).

Examples of censored reporting are an interview with a disease expert who criticized the government’s handling of the pandemic; a report on a news website about insurance payments for infected hospital patients; and an article assessing the response of the local authorities to the pandemic.

“Like many states around the world, authorities in Russia are taking extreme measures trying to control the narrative of how the government has handled the coronavirus pandemic,” IPI deputy director Scott Griffen. “These latest fines and accusations of ‘fake news’ are yet another example of their attempts to censor reporting which casts its handling of the pandemic in a bad light. Rather than trying to protect its own image, Russian authorities should concentrate on upholding press freedom and its citizens’ right to information.”

Meanwhile, journalists in Russia continue to face ongoing trials and criminal investigations related to their coverage of the coronavirus and other challenging issues.

On June 9, Radio Free Europe/Radio Liberty (RFE/RL) journalist Tatyana Voltskaya was summoned by police in Sivirsky, a town outside St. Petersburg, as part of a possible criminal investigation. According to media reports, she was summoned under Part 9 of Art. 13.15 of the Administrative Code, which deals with “abusing freedom of mass information”.

The probe was launched over an anonymous interview she published with a medical professional about the possible shortage of ventilation machines. She was later questioned and pressured to reveal her sources. Authorities allege she was “spreading false news”, charges that carry a sentence of up to five years in jail.

On June 23, the trial resumed in the case of Russian journalist Svetlana Prokopieva, who is charged with “justifying terrorism” over a commentary she gave on a radio show about a suicide bomb attack on the Federal Security Service (FSB) in 2018, in which she analysed the underlying conditions that drive people in Russia to commit acts of terror. She faces up to seven years in prison if found guilty.

“As a journalist, I am on trial for my work,” she said during her trial on June 22. She called the case against her “a sham” and said it was a sign of growing censorship. A verdict is due in July.

IPI has condemned the ongoing legal harassment of Prokopieva and has said that both her case, and the investigation of Voltskaya, are politically motivated.

In a development that has raised further concerns about encroaching pro-Kremlin censorship over Russian media, all five deputy chief editors at Vedomosti, one the country’s most prominent business newspapers, recently quit in protest at the appointment of a new editor-in-chief.

The June 15 announcement followed a decision by the board of directors of Business News Media, Vedomosti’s publisher, to appoint Andrei Shmarov to lead the paper. According to reports, after taking over as acting editor Shmarov prohibited the publishing of negative coverage of President Putin’s plans to change the constitution to allow himself to remain in power until 2036, later threatening to fire those who defied the ban.

Until recently, Vedomosti had been one of the few outlets remaining in Russia that did not have links with pro-Kremlin businessmen or authorities. However, the outlet’s independence has been dented since a media ownership law was passed in 2015 which banned foreign enterprises from owning more than 20% of stake in Russian media companies. In the following years, American and Finnish backers sold their stakes.

In May 2020, pro-Kremlin entrepreneur Ivan Yeremin stepped in at the last minute to become the sole owner through his holding company Sapport. Yeremin is a Russian media executive and his companies, including the FederalPress agency, have close commercial links with the government and state-run firms. In recent years, a number of other outlets in Russia have been sold to owners more friendly to the Kremlin, resulting in more pliant editors being appointed and a softening of editorial stance against the government.

Plot to assassinate a Georgian journalist

On June 16, allegations were made that the head of Chechnya, Ramzan Kadyrov, sent a hitman to assassinate a Georgian TV host, Giorgi Gabunia, who had insulted Putin. In July 2019, Gabunia had received widespread condemnation in both Russia and Georgia and was suspended after he launched a profanity-laden tirade live on air.

The allegations were made by Nika Gvaramia, director of news outlet Mtavari Arkhi, where Gabunia now works. Gvaramia claimed that a man arrested during a special operation by the State Security Service in Tbilisi on June 12 had been sent to kill Gabunia. He then identified the arrested man as a 37-year-old Russian citizen named Vasambeg Bokov.

Georgian security services did not confirm that the operation on June 12 was related to the journalist. On June 15, the force said that it had arrested a Russian citizen with the initials VB on charges of falsifying, producing, or using false documents, adding he was being investigated for “preparation of murder by contract”.

Georgian Prime Minister Giorgi Gakharia then confirmed on June 17 that the security service had “foiled a very serious crime.” On June 18, Georgia’s foreign ministry said that “plotting to assassinate a journalist is absolutely unacceptable”.

Kremlin spokesman Dmitri Peskov called the assassination allegations “absurd”. The Chechen leader denied the case was related to him. However, in a Telegram post, he said that the journalist should “go down on his knees and ask for forgiveness… otherwise he will remain my enemy.” He added: “If someone is acting on my orders, he will carry them out, and if a mission is to be accomplished quietly, nobody would learn about it.” 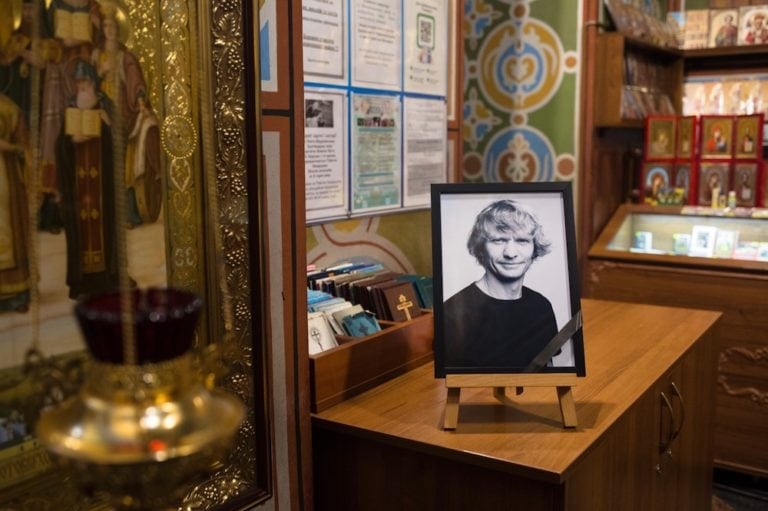 A Russian court ordered the ‘arrest in absentia’ of journalists Ruslan Leviev and Michael Nacke over comments they made in a YouTube discussion that contradicted Russia’s official narrative about the war. “Journalists in Russia are going to have a far harder time to do reporting and get that reporting out to other citizens… on the external side, it’s harder for journalists globally to get information into Russia on things that are going on, not just in Russia, but around the world”.