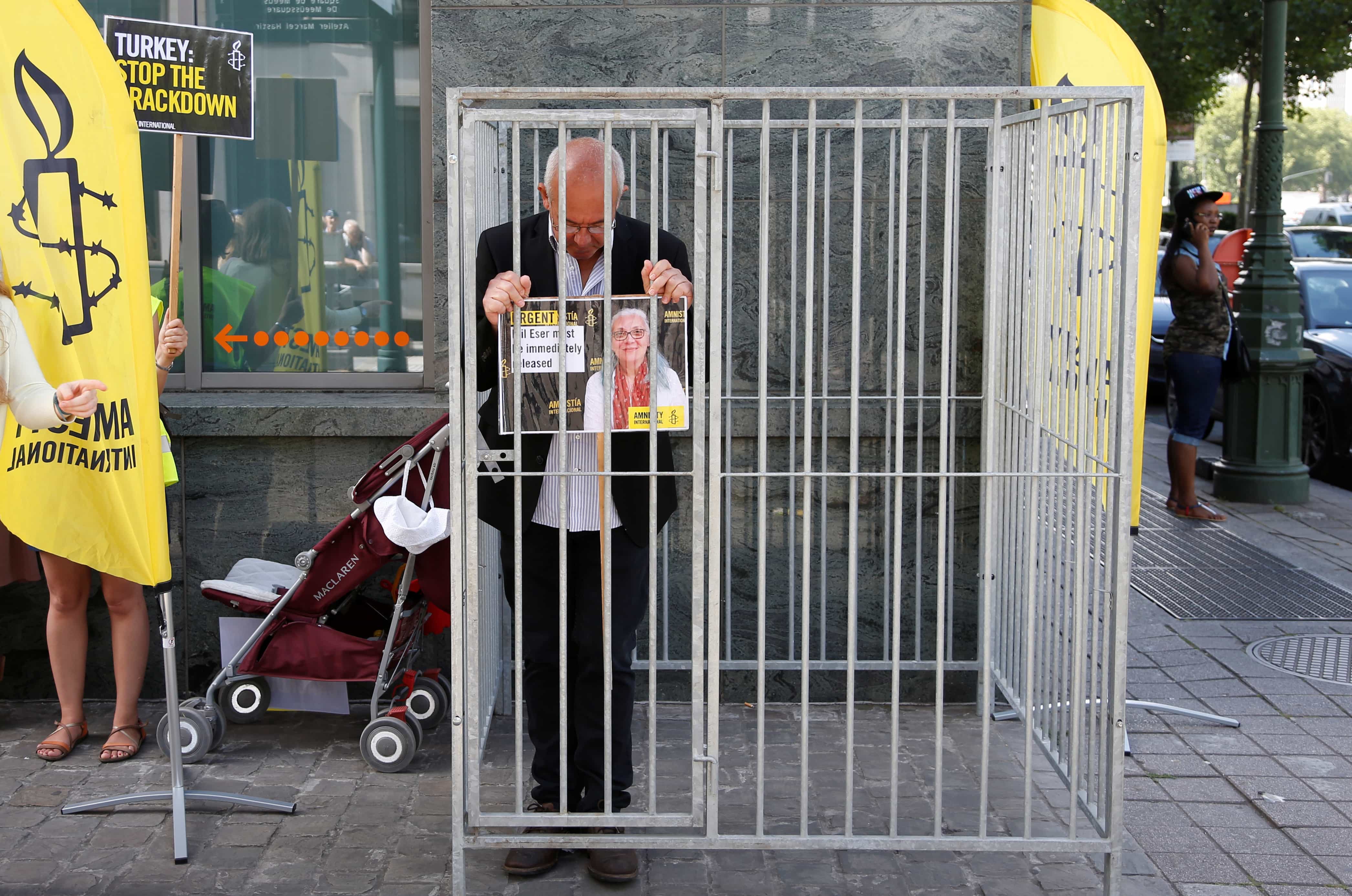 Amnesty International Belgium’s Director Philippe Hensmans poses in a cage in front of the Turkish embassy in Brussels on 10 July 2017 to protest against the detention of his Turkish counterpart Idil Eser, REUTERS/Francois Lenoir

This joint letter was originally published on bianet.org on 12 July 2017.

As a reaction against human rights advocates being taken into custody in Turkey, 40 rights organizations and defenders from five different continents have made a statement demanding the release of the detained advocates and made a call to the Government and ministries.

The declaration signed by 40 supporters reads as follows:

“We are writing to you to express our profound dismay at the continued detention of ten human rights defenders and to call for their immediate release.

“These ten human rights defenders were detained by police in Istanbul on 5 July while attending a training workshop. Two of them were experts from outside the country providing the training. The group were held without access to lawyers and relatives for over 24 hours and their detention was extended for seven days without charge.

“The individuals in custody are members of well-known NGOs and some of the most prominent human rights defenders in Turkey and other countries. Their detention constitutes violations of the rights to freedom of expression and association.

“Most obviously, this incident runs contrary to the rights protected under the UN Declaration on Human Rights Defenders.

“We therefore call for these rights to be immediately realised and for these colleagues to be released without any delay.” “In addition to being exposed to defamation and insults online, women journalists are also attacked and intimidated via their personal phones, which is a consequence of easily accessed information found online.”

Değer is facing charges of “inciting the public to hatred and hostility or humiliation”. Her social media posts – including statements such as “I am Kurd too” and “Kurds are being massacred in Konya” – are being used as evidence against her. Stage actor Genco Erkal faces up to 4 years and 8 months in prison for “insulting the president” for tweets about the presidential system and referring to allegations that Erdoğan did not graduate from university.