A supporter of opposition leader Kizza Besigye looks out from behind a gate of Besigye’s office in Kampala, 19 February 2016, REUTERS/Goran Tomasevic

In a surprise twist of events, just two days after officiating on World Press Freedom Day celebrations, the Minister for Information and National Guidance has banned media coverage of political activities of the opposition 'defiance campaign'.

This statement was originally published on hrnjuganda.org on 6 May 2016.

In a surprise twist of events, just two days after officiating as chief walker on World Press Freedom Day celebrations, the Minister for Information and National Guidance, Jim Katugugu Muhwezi has banned media coverage of political activities of the opposition ‘defiance campaign’. The campaign is spearheaded by the Forum for Democratic Change (FDC) flag bearer in the February 2016 presidential elections, Dr. Kizza Besigye. The ban comes just days after the swearing-in ceremony of President Yoweri Museveni for another five-year presidential term.

Muhwezi – who was addressing a press conference at the government’s Media Centre in Kampala – told the journalists that the activities are illegal, courtesy of the 29 April 2016 Interim Order issued by the Deputy Chief Justice, Stephen Kavuma, halting said political activities. The press conference was attended by the Inspector of Police, General Kale Kayihura, the Attorney General Fred Ruhindi and his Deputy Mwesigwa Rukutana and the Executive Director of the Uganda Communications Commission, Eng. Godfrey Mutabazi, among others.

Muhwezi told the journalists that a cabinet meeting – which was held on 4 May – directed the police to enforce the interim order. “Cabinet also directed that all live broadcast media coverage of the activities of the ‘Defiance Campaign’ organized by Dr. Kizza Besigye and his cohorts, should stop forth-with. Any media houses that continue offering live coverage of the so-called “Defiance Campaign” risk having their broadcasting licenses revoked.”

The minister further told the journalists that Uganda Communications Commission – which regulates all broadcasters – would not give a second chance to any media house which would defy the ban to cover Besigye. “…there can’t be any excuse that you didn’t know or you didn’t hear. This serves as a last warning and evidence because it’s live, we are looking at each other, I won’t be held responsible when Godfrey Mutabazi –the regulator switches you off…” Muhwezi warned.

Under the ban, social media is also being targeted. “The ban may be extended to social media, if it is used as an alternative tool for propagating [the] defiance campaign,” Mutabazi warned.

The Deputy Attorney General, Mwesigwa Rukutana, said Uganda would not be moved by international pressures since it’s an autonomous country. “Uganda is a sovereign country, it’s not governed by international treaties; anything which is inconsistent with our Constitution is of no effect.”

Dr. Besigye says the defiance campaign is intended to show his dissatisfaction with the outcome of the 18 February 2016 presidential elections, and to push for an independent audit of the election results.

Civil society organisations and human rights activists have criticized the ban as gagging the media.

“The order by Justice Kavuma from which the ban stems is irregular and [sets] a very bad precedent. The limitations to press freedom and freedom of expression are very clear in our constitution. Under Article 43, the limitations must be acceptable, and demonstrably justifiable in a free and democratic society. These safeguards were ignored in reaching the decision to ban live media coverage. Therefore a ban which lacks these tests, parameters and guidelines even by court is very unconstitutional and a move to gag the media,” said HRNJ-Uganda National Coodinator Robert Ssempala. 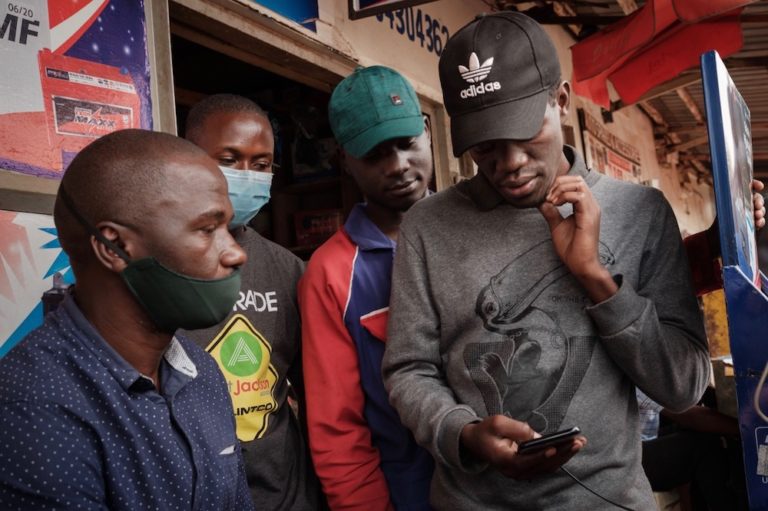