The UAE flag flies over a boat at Dubai Marina, Dubai, United Arab Emirates on May 22, 2015. , REUTERS/Ahmed Jadallah

"If Tayseer is guilty of a known crime, he should be given a fair trial. Otherwise, he should be immediately released," said Amman-based journalist and IPI Executive Board Member Daoud Kuttab.

This statement was originally published on freemedia.at on 1 September 2016.

The International Press Institute (IPI) today called on the United Arab Emirates to release a Jordanian journalist who has been detained for eight-and-a-half months, reportedly without charge.

Tayseer al-Najjar, who works as culture reporter for the Emirates-based newspaper Dar, was prevented from flying to Jordan in December and then detained on Dec. 13. He was held incommunicado and his family only learned of his detention two months later after Jordan’s Foreign Affairs Ministry confirmed his arrest with UAE officials.

Al-Najjar is accused of spying for Qatar. Human Rights Watch has reported that authorities also questioned him about a post on Facebook expressing support for “Gazan resistance” and criticising the UAE, Egypt’s president and the Israeli military in connection with Israeli actions in Gaza and Egypt’s destruction of tunnels between Gaza and Egypt’s Sinai region.

The journalist has claimed that the comments were posted in 2014, before he moved to the Emirates, while he was living and working in Jordan.

Al-Najjar also reportedly is accused of having links to the Muslim Brotherhood, which is considered a terrorist organisation in the Emirates. Under the UAE’s broad counter-terrorism law, that accusation could lead to charges carrying the death penalty or life imprisonment.

Rights activists have denounced the manner in which al-Najjar was detained and the denial of information to his family, as well as the failure to allow him to confront the allegations against him.“

Unfortunately, governments like the UAE are unwilling to come clean as to the reason they are holding Tayseer,” Amman-based journalist and IPI Executive Board Member Daoud Kuttab said. “At the same time, Arab media is totally quiet on the subject for fear of antagonising the Emirates. Freedom of expression and other freedoms are being politicised and the innocent victims pay the price without any reason. If Tayseer is guilty of a known crime, he should be given a fair trial. Otherwise, he should be immediately released.” IPI Director of Advocacy and Communications Steven M. Ellis agreed.

“Enforced disappearances and denial of due process are both violations of international human rights norms,” he commented. “We urge authorities in the Emirates to meet these obligations in Mr. al-Najjar’s case and in all others.”

HRW reported in May that local sources said al-Najjar was most likely initially held at a state security facility accused of torturing foreign nationals. He was later transferred to Al Wathba prison, where he was able to contact his wife for the first time following his detention. According to HRW, al-Najjar told her then that he had not been formally charged or allowed to meet with a lawyer, although his detention was extended twice after meeting with investigators. 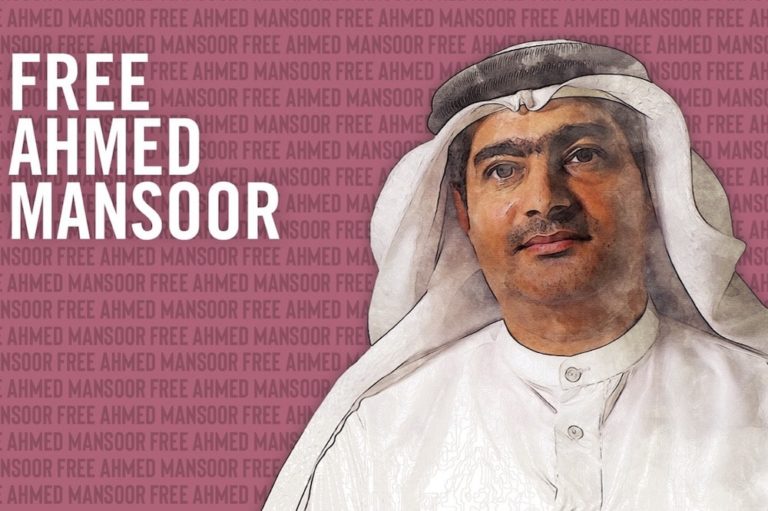