Brazil's Secretary of Human Rights, Maria do Rosário, has announced proposals to increase the safety of journalists, recommendations that came out of a final report on violence against media professionals by a working group, of which the Brazilian Association for Investigative Journalism (Abraji) has been a part.

On the afternoon of 11 March 2014, the Chief of the Human Rights Secretariat of the Presidency (Secretaria de Direitos Humanos da Presidência da República, or SDH), Maria do Rosário, made proposals to increase the safety of journalists. The recommendations are part of a working group’s final report on violence against media professionals, a group that was created in 2013 by the Human Rights Secretariat, of which the Brazilian Association for Investigative Journalism (Abraji) has been a part.

Highlights of the proposals include the expansion of programs to include the SDH’s protection of journalists, a proposal to create a national observatory of violence against media professionals and recommendations to the police regarding such incidents of violence. The suggestions are directed to agencies of the federal and state executive, congress and the judiciary.

The SDH pledged to extend its protection programs to threatened journalists, adapting them to the particularities of the profession. Depending on the degree of threat, protection will also be offered to the journalist’s employers and colleagues, beyond just personal protection.

In cooperation with UNESCO and United Nations Information Centre in Rio de Janeiro (UNIC-Rio), the Secretariat will establish the Observatory on Violence against Journalists, which will be integrated into protection programs for referrals of cases. The initiative, suggested by FENAJ (National Federation of Journalists), provides examples of threats, assaults and deaths of journalists.

According to Maria do Rosário, the goal is to reduce impunity for violations against journalists. Tarciso Dal Maso Jardim, the coordinator of the working group, said “the observatory will be a large repository of elements of public policies for the sector.”

The working group recommended that the Ministry of Justice and state executives establish protocols of non-violent action for the public security forces to use in demonstrations. These standards should include ensuring the protection of journalists carrying out their professional duties. Police and public safety officers should also be instructed not to seize equipment (cameras, recorders, cell phones etc.) or media and data storage tools.

The full report will be released soon, but the abstract can be found at this link (in Portuguese).

At the suggestion of Abraji, a call for the federalization of investigations of crimes against journalists will be included in Law 10.446/2002 . According to the text, the federal police can take over the investigation of crimes against human rights – including crimes against freedom of expression – whether they are committed against journalists or any other persons. The goal of Abraji’s suggestion was to increase the reach of the law and avoid setting privileges for a specific professional category.

The need to improve compliance with Constitutional Amendment 45/2004, which transfers to the Federal Court the responsibility for cases involving crimes against human rights (including freedom of expression), was also indicated. Currently, only the Attorney General’s Office may request such a transfer and, according to information from SDH, this has only happened in one case.

In late 2012, in the context of journalist Décio Sá’s murder, the SDH created a working group to discuss the violence against media workers in Brazil. Abraji was called upon to join the initiative, along with other organizations.

The activities began in early 2013. During the year, the working group gathered data on violations against media workers, bloggers and independent journalists from Abraji, Article 19 Brazil, the National Newspapers Association (ANJ) and the Federation for Radio Workers (FITERT).

There were public hearings by threatened journalists in states where the cases were most frequent, like Sao Paulo, Mato Grosso do Sul and Minas Gerais. In Minas Gerais, the intervention from the SDH and the working group was crucial to get the investigations into the deaths of Rodrigo Neto and Walgney Carvalho started.

Regarding the federalization of crimes against journalists, the working group adopted Abraji’s suggestion of enforcing existing laws instead of creating a new one – noted in the recommendations a) and b) for the Federal Legislative branch.

Abraji also suggested a debate on criminal law reform, which involves the rise in penalties for defamation and invective and slanderous language that can lead to imprisonment. The suggestion was incorporated into item c) of the recommendations for the Federal Legislative branch. 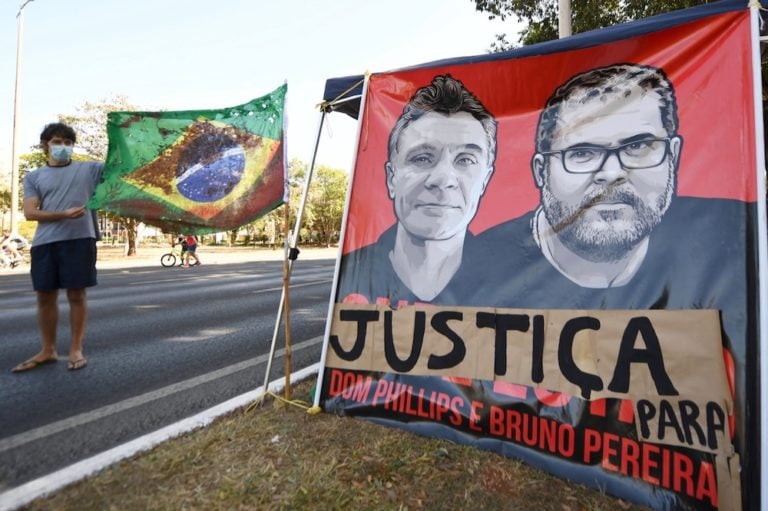