Acts of intolerance by stakeholders and the continued existence of archaic laws that are used to suppress press freedom are threatening the public sphere in Zambia.

The Media institute of Southern Africa (MISA) is concerned that the existence of a public sphere is under threat in Zambia because of some acts of intolerance by some stakeholders and the continued existence of archaic laws that continue to be used to suppress press freedom and freedom of expression.

The public sphere is a space where the citizens of a country can exchange ideas and discuss issues, to reach agreement about matters of general interest and it is important for the proper functioning of any democracy and existence of good governance. In these modern times, the public sphere includes radio, television, newspapers and the internet.

However, respect for media freedom in Zambia is deteriorating and this threatens the existence of a public sphere. Freedom House now classifies Zambia as ‘not free’ , after being classified as ‘partially free’ in 2011 and 2012. Our own findings also speak to the same issues that press freedom and freedom of expression are deteriorating.

Some of the incidents that are threatening this space are attacks by ruling political party supporters on such institutions as the Zambia Information Communication Authority (ZICTA) urging them to take action against online media that are ‘insulting’ their leaders. Some of the threats take on a veil of calls for community media to play a ‘unifying role’ when they feature persons with opposing views.

Others include the storming of community media such as Radio Explorer by ruling party cadres, the suspension of two state-owned media journalists, while some have gone on to quit because they have refused to be cowed into submission to certain ways of reporting. The chain of sad events includes the recent summoning of Kariba FM Radio management to appear before Police for airing a story in which residents raised concern on the conduct of police officers in the area.

Another threat is the present government’s use of various draconian colonial laws that include ‘publishing false information’, to suppress the media and limit freedom of expression, when instead these laws should be regarded as archaic and must be entirely repealed.

Even more worrying is the appearance of President Michael Sata in the High Court on 21 May 2014 to testify against the managing editor of the Daily Nation newspapers. This has definitely sent shivers to many citizens and the media where holding the president accountable as Zambia’s elected leader is concerned.

We are fearful that the media will not be able to feature people who want to criticise the president because of fear of being taken to court by the president personally. This will hinder press freedom in the country and has sent shivers to those who want to set up radios and television stations, including newspapers and online publications.

The presence of heavy security, helicopters and many such things was very intimidating and many journalists and the citizens are afraid. This can be seen from the very few postings on facebook, even from very vocal persons that post any significant happenings in the nation.

In illustrating the above, we want to point at what is threatening the existence of the public sphere in Zambia. These levels of intolerance are derailing the democratic gains Zambia has been making over the years while denying Zambia development because freedom of expression, access to information and free debate is being curtailed through the above named acts or existence of oppressive laws. 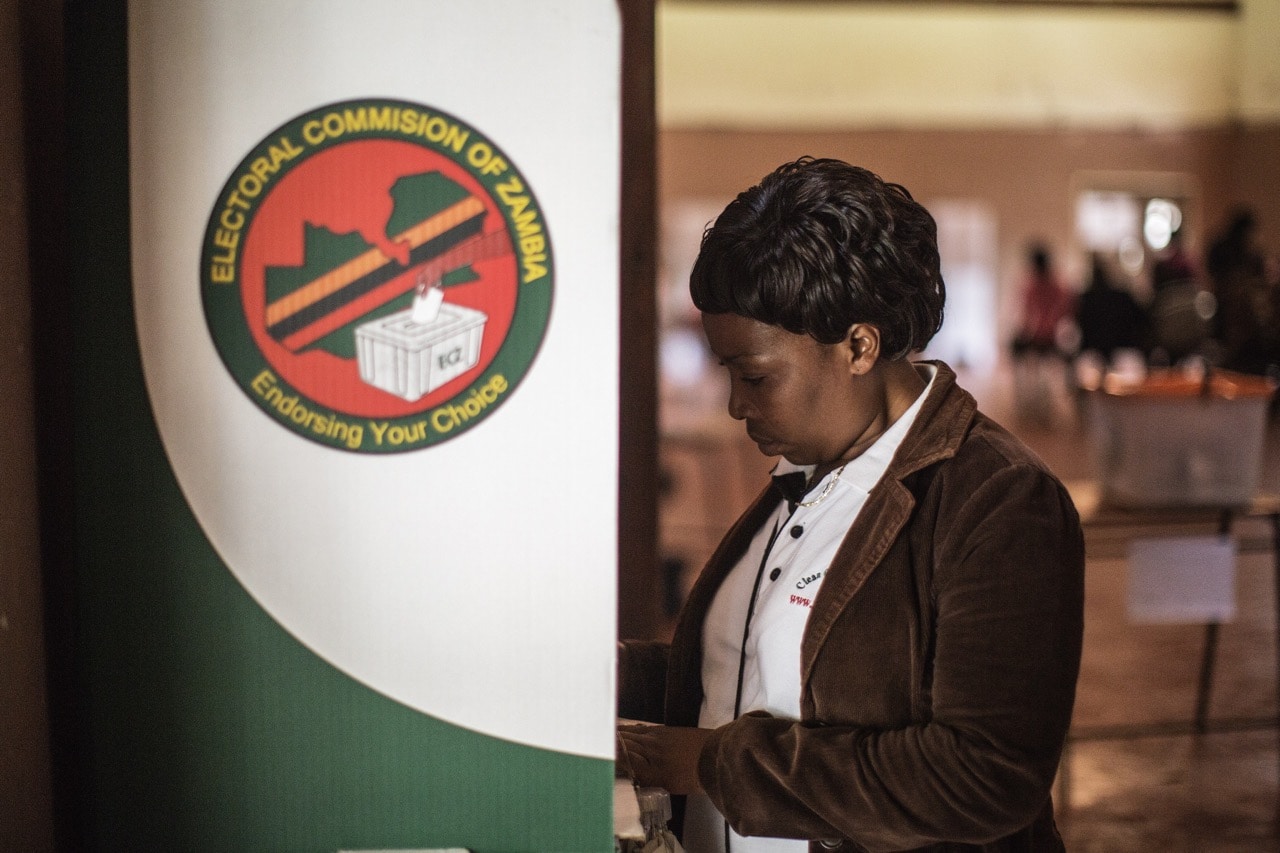 African Freedom of Expression Exchange together with its member MiSA Zambia is calling on Zambia’s Independent Broadcasting Authority (IBA) to reconsider the decision to suspend Prime Television. The Secretary General of Zambia’s ruling PF has barred Prime Television from covering any of its party activities, while supporters have assaulted 3 of the station’s reporters in separate incidents within a space of two weeks.